Guy Kawasaki is the chief evangelist of Canva, brand ambassador for Mercedes-Benz, and an executive fellow of the Haas School of Business (UC Berkeley).

He was the chief evangelist of Apple when it was but a seed, is a trustee of the Wikimedia Foundation , is a multi-book published author.

Guy has millions of followers and, finally, has joined the ranks of the truly great - by being my guest on this week's holiday special podcast!

Find out more about Guy as well as links to his new podcast, Guy Kawasaki's Remarkable People, below.

*  What Is a Brand Evangelist?

*  The Most Important Traits of a Brand Evangelist

*  Fast Adaption in a World of Technology

*  What Guy Kawasaki is Learning from Some Remarkable People

What Is a Brand Evangelist?

Adam: Let's kick off, if you don't mind ... I'd love to know a little bit about your background and how, particularly, it was that you migrated, or discovered the digital realm. I know it's a long time ago, but tell me about that pathway briefly and then, we'll look at the future a little bit and where you think we're headed.

Guy: Sure. So, I started working for Apple in 1983, and that was before the internet. Oh, my God, those were the days. It was fax machines, if you're lucky. A little while later, there was this huge Motorola brick cellphone. I mean, those were the days. So, I was a software evangelist for the Macintosh Division. My job was to convince people to write Mac software and create Mac hardware.

Then, I became- I left Apple to start a software company. I became a writer and a speaker. I returned to Apple as an Apple Fellow and chief evangelist. I did that for a couple years. I left again to start another company. Today, I'm chief evangelist of Canva, which is an online graphic design service. I'm also Mercedes Benz's brand ambassador. Basically, I fell in love with Macintosh after falling in love with an Apple II. My college roommate hired me into Apple. I'm living proof of the effectiveness of nepotism, and here I am ... Here I am.

Adam: So, what is an evangelist? I've seen this- what do you do to evangelize?

So, when I evangelized Macintosh, I truly did believe that it was the best computer for the other person to be more productive and creative. Today, when I evangelize Canva, I truly do believe that you can make the best graphics faster, cheaper, and easier than any other way. It's not just about your bottom line; it's the other person's good will, and benefits, and improvement, and all the good stuff.

The Most Important Traits of a Brand Evangelist

Adam: So, what actually ... What is the job description of an evangelist? What do you actually do? Do you give speeches? Do you write thought-leadership pieces? What is it ...?

Guy: Certainly, evangelism involves education, and teaching, as opposed to browbeating, and coercion. So, yes, yes, absolutely. I think an evangelist has a higher degree of respect for the other person. You're not trying to bludgeon that person into becoming a customer; you're trying to show them that, "This is a Macintosh ..." "This is Canva ... Let me do a demo for you and then, you decide."

Adam: What we talk about is thinking about bringing value, when one is communicating online, right?

Adam: Where the world of the real estate developer has traditionally been kind of cliched. It's been the country club; that you would go to country club and [crosstalk] over lunch now. Now, this entire industry has moved to the online world. One of the mantras, if you like, of being effective is to bring value in the way that you communicate. Is that something similar, you think?

Guy: Well, it's hard to imagine an effective evangelism effort not bringing education and information into the fold, because evangelism does have a, I think, higher degree of respect for the buyer and for the investor. So, yeah, I think almost anything that's good for the other person can be evangelized. I'm not saying evangelism is the only skill that can succeed. I'm also - to downplay it a little bit - I'm not saying it's sufficient and necessary. There are other ways, but, certainly, it is a way.

Adam: How did Canva come about? How did you get involved with them?

Adam: What, particularly, about Canva was it, initially, and even now, that ...?

Guy: Well, it's the fact that without any design skills, you can create beautiful graphics in minutes. Listen, in the month of October, Canva created 139 million graphics for people, okay? We create 4 to 5 million graphics a day-

Adam: But in the art of innovation, and in other places, you've talked about the concept of democratizing an industry.

Adam: That is a term that is also somewhat loosely used in real estate capital formation, as well. Tell me, what's your idea? What does that actually mean to democratize [crosstalk]

Guy: Well, just as the Macintosh democratized computing ... Because back then, in the mid-'80s, you had to ... Well, to go back to the very beginning of Apple in the mid-'70s, you had to work for Hewlett Packard, or go to Stanford, or work for NASA, or something like that to use a computer. You didn't have computers in your house, much less in your bag. So, what Apple did is it democratized computing. Now, two guys in a garage made it so that anybody could buy a personal computer.

Fast forward to Canva, it used to be that many people would have to submit a request to the graphic design department, wait around till they got around to it, et cetera, et cetera; or they had to buy very expensive software and spend weeks and weeks learning it. That's not true anymore. Now, you go to Canva; you open up an account; you pick the design type; you pick a template, and, I swear, in five minutes, you can create your first Canva graphic. That's what democracy means to me, that it's leveled the playing field. It's removed the barriers; particularly cost, and learning.

Fast Adaption in a World of Technology

Adam: So, today we democratize ... Canva democratizes artistic expression. The change in regulations has democratized the ability for people to invest in real estate. Where do you think the digital world is going to take us in the next five years, or even next year?

I believe that I have learned how to react fast as opposed to anticipate, because there's only a handful of people in the world who can anticipate. I'm not one of them. Maybe Elon Musk is in that category also. I don't want people to think, "Oh, my God, I have to be a Steve Jobs or Elon Musk in order to innovate and keep up with the times." You just have to follow fast [crosstalk] That's good enough.

You also have to be smart enough to understand what business you're in. So, Kodak was not in the chemicals business. Kodak was, and is; Polaroid was, and is; all camera companies was, and is in the business of preserving memories. If you preserve a memory with silver on paper, or silver on film, or a digital sensor, doesn't really matter. You're in the preservation of memories business, so get with it!

What Guy Kawasaki is Learning from Some Remarkable People

Adam: Now, you have this incredible new podcast that is called The Remarkable People Podcast.

Guy: Well, thank you. Thank you.

Adam: Let me ask you something about that. You've had a few episodes already. It's enormously successful. It's absolutely fantastic. But now, what have you personally learned from your conversations with these remarkable people that have given insights to you about your life; particularly your life online, if you like [crosstalk]

Guy: Yeah, sure. You're right, I have a podcast. It's called Guy Kawasaki's Remarkable People. This is a podcast that's not about me. It's not me spouting off. If you listen to it, it's about 95 percent my guest and five percent me. My job is to make my guest look good and bring out his, or her wisdom; not be front and center.

So far, I've released Jane Goodall - everyone knows who she is - and Philip Zimbardo. He's the Stanford professor who did the Stanford Prison Experiment. Tomorrow night, out comes  Outcome Stephen Wolfram. He's a mathematician and physicist. The week after is Margaret Atwood. So, I have guests that you may have heard of.

From each of them, I'm trying to bring out their wisdom. So, Jane Goodall talks about how you build trust. Building trust with chimpanzees I don't think is that much different than building trust with humans. So, there's the lesson of Jane Goodall. She didn't have the "proper" education to do what she did. She didn't even have a college degree, at all, when she went to Africa. With Phil Zimbardo, I think the major lesson is you can take perfectly good people, stick them in a bad situation, and they will become bad, too.

Related to this Episode

Guy Kawasaki is the chief evangelist of Canva, an online graphic design tool. He is a brand ambassador for Mercedes-Benz  and an executive fellow of the Haas School of Business (UC Berkeley). He was the chief evangelist of Apple and a trustee of the Wikimedia Foundation. He is also the author of The Art of the Start 2.0, The Art of Social Media, Enchantment, and nine other books. Kawasaki has a BA from Stanford University and an MBA from UCLA as well as an honorary doctorate from Babson College.

Harsh Housing Forecast for 2020 Especially in These Big Cities

Here Are the Nations Top Real Estate Markets for 2020

Boom Times Expected for US Commercial Real Estate in 2020 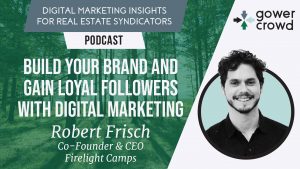 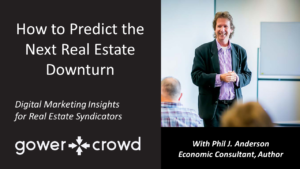