The Unintended Consequences of Rent Control

In February of 2019, Oregon became the first state in the union to impose rent control statewide, yet an entirely predictable unintended consequence is that driving down single-family home values is also a likely result.

Communities across the United States are grappling with the question of how to provide workforce housing to people who would otherwise be priced out of the market.

What tends to happen in a free market is clustering of higher- and lower-priced housing.

This causes trouble for lower-income workers who must live far from their places of employment, causing strain on a city’s resources.

One of the many tools cities use across the nation to tackle this issue is rent control.

However, one particular city that should be central to the rent control conversation is Cambridge, Massachusetts.

This isn’t due to its size or prominence, but its history.

In 1995, rent control was abolished in Cambridge overnight.

Here is some context and insights we can glean from what happened in Cambridge.

Why Was Rent Control Removed in Cambridge?

For historical context, Cambridge’s rent control was originally imposed during the post-war housing boom in an attempt to make apartments more affordable in the Boston area.

In the early 1990s, landlords had attempted to rid the city of rent control by placing it on local ballots, only to find that the predominantly rental community were consistently successful in striking it down.

It wouldn’t be until 1994 when the entire state voted on the issue that rent control was outlawed, and so it disappeared in Cambridge overnight.

This offers us a whole new set of metrics to look at to see exactly what was taking place, including charting how much a house was sold for, when it was sold, how much was paid for square footage, and the composition of the homes, as well as by looking at the greater impact on the community.

Looking at the late 1990s in Cambridge and the greater Boston area after rent control ended, there was a huge increase in renovations and in property value increases.

What is particularly telling, is that there were higher rental streams being generated in properties that had never been rent-controlled.

These include owner-occupied properties, single-family homes, and condos.

In fact, over the 10 years, following the elimination of rent control, there was extra $2 billion of property value that was created in Cambridge, that mostly came from sources that never been subject to rent control.

Tenant advocates are quick to point out that this is a sign that without rent control, property values go up and things become less affordable overall.

But free marketeers will note that removing rent control also unlocked value to innocent home-owners as well as people who wanted to move in by removing the shortage of units in the area.

There were many people who may have had the money to pay these higher prices and wanted to live in Cambridge, but the housing wasn’t available.

Removing rent control made this a possibility.

What was also discovered in Cambridge, was that with the elimination of rent-control, crime went down in these areas.

Furthermore, there were shifts in demographics.

For example, more students moved into Cambridge following the implementation of rent decontrol.

However, other demographics began to decrease, like families with children and retirees.

Why was this the case?

One theory is that if you were a retiree who raised children in a rent-controlled apartment and now suddenly found yourself “over-housed” and dealing with higher rent prices, it suddenly made a lot more sense to find a better situation for yourself and allow another group to move in.

From a municipal perspective, there’s a lot more to unravel.

As the property values rose in the wake of rent decontrol, Cambridge was able to capture a lot of additional revenue.

The first way they did this was through higher valuations, meaning more income through property tax even without having to raise taxes.

This meant that the community had always been able to enjoy lower property tax rates, and this was accelerated with the removal of rent control.

With the increase in revenues due to increases in property valuations Cambridge was actually able to lower property tax rates to minimize the impact on residents – while still enjoying increased revenues overall.

What’s fascinating about many of the consequences of rent control is that, as often happens with well-intentioned legislative action, many of them are unintended.

Rent control is a blunt instrument that impacts areas outside of affordability and doesn’t necessarily target the right people.

San Francisco is a prime example.

Roughly one in five renters in rent-stabilized areas are making over six figures.

This is because there is little or no means testing in rent control; no way to make people submit tax returns to prove that they can’t afford market rates.

Instead, rent control just limits free market supply and demand dynamics from interacting naturally, and only a fraction of the people who really need the help get it.

Not only that, but homeowners in rent controlled areas also suffer the consequences by seeing the value of their properties depressed as values decline overall and neighborhoods become unimproved over time.

Regardless of your personal opinions on rent control or what you think the best approach for the affordable housing crisis is, incorporating insights like those from the studies on rent decontrol in Cambridge offer a deeper understanding of the subject matter, allowing us to make better informed decisions for our communities and the general good that benefit everyone.

This article is based on a conversation the author had with Professor Chris Palmer (MIT), about the Cambridge Rent Control Study.  Listen to the entire conversation and access the original study here. 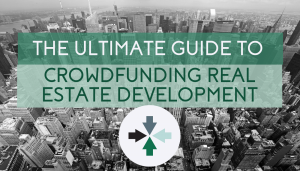