Institutional Real Estate Investing for Everyone 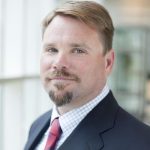 Today, my guest Michael Phillips and I are going to be talking about how he markets Jamestown Invest, the division of Jamestown that is raising capital online from both accredited and non-accredited investors. Jamestown is a vast real estate company with an over 35 year-long track record and some $12 billion of assets under management.

It's a great show and you’re going to learn today that it doesn't really matter how big or small your real estate company is, the same digital content marketing methods are just as effective and the same exact systems work for everyone.

Why Jamestown Sees an Upside to Raising Capital Online

MICHAEL PHILLIPS: For us, you know, our history for 37 years has been raising closed-end funds from retail investors in Germany. So doctors and lawyers and nurses and usually through intermediaries and banks.

And so, we've now been doing that successfully for a long time and have won awards for that and have a great reputation in that space. In addition, we have an institutional fund business, which, as you say, institutional capital.

But as we look at investor's habits moving forward and the generations coming and we think about what Gen X wants to do and how they think and their need to have more of a direct dialogue with their fund sponsors and more of a stake in understanding the total return, both economic but also impact and community returns and how there's alignment in their goals and the way they want to live. We think this is going to be a growing sector of the market. So yeah, we're wading in, we're learning and we're starting with this first Jamestown Invest product but it's, we think it's going to be an important part of how people invest in real estate in the future.

ADAM GOWER: What were the biggest challenges after that, to figuring out what comes next?

MICHAEL PHILLIPS: Well, I think, you know, I would say, since it's such a new space, I think navigating the compliance piece of it is really challenging because you.. As a business, we have to, you know, as a regulated investment adviser and with several layers of compliance going here, we have to be very mindful of under selling what we're doing while we're communicating who we are and and how you can engage with us.

But at the same time being transactional in a way that people say, yes, interested, yes, you know, answering the questionnaire to get the qualifications to be an investor and then, yes, I'm investing and I'm sending the money. And so I think that's been very much a learning process for us and really satisfying. We've had, you know, a 100,000 unique visitors on our website in the short time we've been doing this. And we're converting about 1 percent of those people to investors and that's certainly a great response rate. And, you know, in our ecosystem, we have about 900,000 people that are communicating with us. And so, we think as this grows, that will be a powerful tool.

Related: How to Finance a Real Estate Development Project

ADAM GOWER: So we build trip wires. So we do the same thing except primarily to accredited investors. In fact, almost exclusively accredited investors. A trip wire, as you well know, but for the one guy that's listening that doesn't know. It's a small sale and somebody that makes a small sale early in their relationship with you is ten times more likely to make the big purchase later down the line. Is that something that you've thought of doing or is that $2,500 entry level kind of your trip wire?

ADAM GOWER: Yeah. It's very interesting. I spoke to Harold Hofer at Rich Uncles and he was on my podcast. I asked him the same kind of question. And their minimum, when I was talking to him about it, it was $5. Right? Imagine that. A $5 minimum. And he didn't actually articulate it this way. But I thought about, what does that mean, you know, you're going after this very young group with this, basically, no decision really necessary. Five bucks to buy real estate.

ADAM GOWER: What I thought, and you're on the same track, is brilliant actually. If you look at this younger audience. One of the biggest issues that people have, not biggest issue, but what they say about the younger generation, Gen X, even the millennials, is that they will never be as wealthy as the baby boomer generation. Right? That the baby boomers had all this and now it's much harder to buy a home, etc, etc. But you know what occurs to me, especially for people like you, if you have a long term perspective. Is that by getting those folk engaged now at small levels, that generation, millennial and Gen X will inherit the wealth of the baby boomer generation. And so if they invest $2,500 today and $25,000 tomorrow, when they inherit $250,000 or two and a half million, right, in 10, 20 years time. They're going to have had an interactive relationship with you all the time.

You know, I think that there is.. That will still, of course, be there, but I think there's a group of people who want to have a direct connection with real estate. And maybe as people are not going to own as many, there aren't going to be as many homeowners in the future. This is a way for them to have a real estate investment while they're living in a more shared, you know, transitory kind of way that speaks to, kind of, what their value system is, but they still get to have a root in real estate investment. 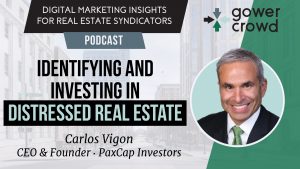