003 Rent Control - Bad for Homeowners Too

... currently Professor at the University of California, Berkeley, conducted a study in Cambridge, Massachusetts, that discovered that when rent control is eliminated from a housing market, prices of all properties rise - those that were under rent control, as well as those that were not.

Even Those Not For Rent

Here's a brief extract from the original study, (emphasis added), "We measure the capitalization of housing market externalities into residential housing values by studying the unanticipated elimination of stringent rent controls in Cambridge, Massachusetts, in 1995.  Pooling data on the universe of assessed values and transacted prices of Cambridge residential properties between 1988 and 2005, we find that rent decontrol generated substantial, robust price appreciation at decontrolled units and nearby never-controlled units, accounting for a quarter of the $7.8 billion in Cambridge residential property appreciation during this period."  In other words, rent control stripped $1.8 billion from property values that hadnever even been rented!

Click here for a link to the Original Rent Control Study!

Until 1995 the Boston area had various regimes of rent control. The intuition was that it’s so hard for people to find an apartment that’s affordable in this city, let’s cap the rents.  But this, from an economist perspective, is exactly backwards.  You have a shortage so you are going to put a price ceiling on it and so there are now even more people that want to live there and fewer people that want to provide housing.  It ends up being a somewhat backward policy that sets a price ceiling and rent control is the most iconic example of reducing the quantity and quality of available housing.

But in 1995 the Regulation Was Lifted

In 1994 the entire state of Massachusetts voted as to whether rent control should be legal per se; or allowed in the state of Massachusetts.  Until then every time rent control was on the ballot to be eliminated, Cambridge, affectionately known as the People’s Republic of Cambridge, would resoundingly the suggestion.  But the landlords in Cambridge and in Boston and Brookline got smart in the early 1990.  They rebranded themselves as a small property owners association, and the debate shifted from being about the evil absentee corporate landlord and more about the little guy apartment owner.  AND they put it on the state wide ballot to appeal to residents of tony suburbs of Boston and also rural western Massachusetts who ended up voting on whether Boston should be allowed to have rent controls.  The vote carried, and rent control was eliminated.

This provided a natural experiment where all of a sudden January 1st, 1995, rent control went away in Cambridge and the result could be observed using vast data sets to analyze – including data on when a house was sold, how much it was sold for, and what the dollar per square foot was.  Comparing and contrasting neighborhoods across Cambridge the study answered fundamental questions that everyone always believed about rent control such as does it keep down rent, does it create a shortage, does it reduce the quantity of housing, the quality of housing?  But taking things one step further, the study addressed the question that was fascinating that no one ever had really been able to get a handle on which is, what’s the effect of rent control on the neighborhood?  If I’m an owner occupant and live next door to a building that’s rent controlled, am I affected in some way?

After the end of rent control there was a lot of residential turn over, a lot of renovations, and considerable increases in property values.  Prices were increasing everywhere in the late 90s in Boston, but there was a significantly higher increase in values in Cambridge, where rent-control was eliminated, across all property types and, importantly, also for never rent controlled properties.  Owner occupied properties, single family houses, condos, things like this that had not been rent controlled appreciated in value a lot.  Over the course of next 10-years there was an extra $2 billion of property value that was created in Cambridge, and most of that actually came from properties that had never been rent controlled.

If you are a tenant and affordability advocate you can say this points to proof that when we get rid of rent control property values go up, rents go up, and things becomes less affordable.  But the flip side to this, apart from increase in property values including non-rent controlled properties, is that there was a bit of a renaissance in Cambridge:

It is so instinctual to see people that you care about that seem like they are an important part of your community being priced out because they can’t afford their rent any further.  You would like some kind of quick fix for that and you would like to favor the people that are living here now. Often people are motivated by seeing their kids trying to get into an apartment and wanting to live in the community where they grew up and having a hard time doing that. There is this very sensible sympathy and knee jerk reaction that says, well let’s just try to cap rents.  One of the problems with that is it’s a Band-Aid on a gushing wound in a lot of cities that have an affordability crisis.  In most cities it has taken decades to get to the affordability crises that exist.  It is just not feasible that we’re going to be able to undo a crisis that’s 30-year in the making with a quick fix.  There are unintended consequences from doing rent control.  It is too blunt of a policy in that it targets a lot of the wrong people. The statistics are that in San Francisco, for example, one in four renters in rent stabilized apartments are making more than six figures because rent control is not means tested. It’s not a program where you have to submit your tax returns and show that you don’t have the means to be able to afford market rates, and therefore you are deserving of and qualify for this affordable housing.  Instead it just limits the rent growth for everyone and that gets some of the people that really need it and some of the people that don’t need it, and it also misses some of the people that do need it. 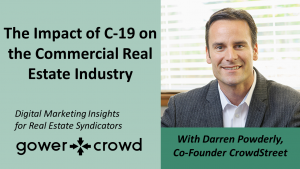 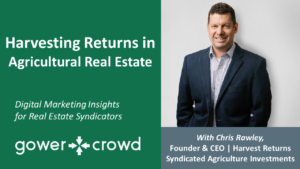