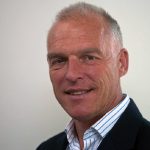 Today’s episode was an absolute eye-opener for me and completely reoriented my understanding of blockchain technology. Andrew Baum is the Professor of Practice at the University of Oxford’s Saïd Business School and an expert on crypto/blockchain/tokenization technology. Admittedly, I’ve avoided this emergent area for quite some time, but Prof. Baum finally has me on board.

The transition to blockchain in the real estate industry can and will be as simple and worthwhile as the transition from hard copy contracts to email signatures. Not so scary after all is it? Find out more from Prof. Baum in this fascinating podcast.

What is the Global Blockchain System?

Andrew: Blockchain is the underpinning technology underneath Bitcoin, originally and then, more popularly, Ether. So, Ether is becoming much more broadly adopted as the sort of global blockchain system. Ether is a sort of a currency which is slightly more universal, I think, for the purposes that we're talking about.

We're talking about a unit of exchange, which is traded digitally, seamlessly, by people through apps, that sits somewhat outside the global financial system, and the banking system. Any currency can work, as long as the people on both sides of the transaction agree that it's what it is. I could agree to buy your car for three BOMBs, and as long as we- you accept what a BOMB is, and I accept what a BOMB is.

It doesn't have to have any physical value. It could be a plastic disc, but as long as that plastic disc is not easily replicated by other people, then it's got value. The point about cryptocurrency is it can't be replicated; it's issued in finite quantities.

Why Bitcoin Is So Volatile

Andrew: Bitcoin becomes incredibly volatile. People buy Bitcoin. They can make a huge amount of money, they can lose a huge amount of money because the Bitcoin is not underpinned by any intrinsic value at all. So, the value of Bitcoin is completely in the heads of all the people who are interested in trading Bitcoin. If somebody puts the message out that Bitcoin has fallen in value and will fall in value, people start selling it; the word goes around, and suddenly the price crashes. There's no floor. There's absolutely no floor because it has no intrinsic value.

How Attaching Real Estate to Blockchain Can Create Price Stability

Andrew: Really, you end up in a situation where you would like to underpin the value of the bitcoin with something physical, with an intrinsic value. Property's fantastic for that because property is not volatile; it's the absolute opposite. If you're a bitcoin speculator, and you've got ... Let's say you've got $500 million worth of bitcoin, wouldn't it be great to take the volatility out of that by attaching it to a £500 million property portfolio? Then, the value of your Bitcoin can only go up or down if the property portfolio goes up or down in value.

Andrew: You can create a company out of the piece of real estate and split that into a thousand pieces, and once you do that, you are creating a tradable security, and it will be called a secure- if you want to call it a token - and we'll come onto that in a minute - it'll be a security token, treated just like any other security. It will be regulated by the SEC, or the Financial Conduct Authority in the UK.

Andrew: The most likely, and the most likely successful, and currently occurring example of blockchain-enabled real-estate transactions is property funds. We say this in the report quite strongly; this is our strong conclusion that jumping from a single building, to a fractionalized interest, to a token representing that fraction, to blockchain being used to underpin that, to even using a cryptocurrency to measure your interest in that requires several huge leaps of faith. 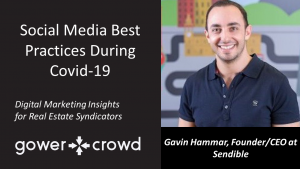