For the last couple of years I have been producing a podcast on digital marketing best practices and so I am delighted to introduce you today to a digital marketing expert whose clientele illustrate that everything we've been covering during this series, applies to enormous companies and institutions just as much as it does to you.

Former Uber marketing wizard and now helping Planable to 20x in revenue growth in just two years, Miruna Dragomir discusses how the core truths to effective marketing that we've been discussing on this series are even used by the United Nations.

Please welcome Miruna today as we bid farewell to Series 3 and lay the groundwork for Series 4 - DEALTIME!

Adam Gower: Miruna, what a pleasure to meet you and, I have only one question for you. I go to your website: planable.io and the first thing it says at the very top is: How to Get Content Done Six Times Faster. I want to know that answer. So tell me, how do I get content done, six times faster than I'm currently doing it now? I'm currently doing it at about 8 million miles an hour.

Miruna Dragomir: Well, it's a great question. The secret. I mean - I think it's funny because the mental shortcut for that would be, oh, so they either do it for you or they have some sort of huge automation behind it, that kind of does AI or whatnot. It's not that, so - spoiler alert. It's about all the "behind the scenes" that usually happens in teams. Which, we've discovered, that takes a lot of time. I mean, we've done research on this in the past and the communication about the actual post takes about 30 or 40 percent of the time of actual content, which means, it can really speed up your entire processes if you cut that time as much as possible. And again, I'm not, kind of, recommending anyone to cut out the collaboration piece of it, but just to make it as efficient as possible, because that's what's important.

Miruna Dragomir: A lot of the need for collaboration is for brand safety and consistency. And when we talk about brand consistency, it's really important because, social media is a place, that's how it started. That's how it's probably always going to be. It's a place to develop a relationship with your audience. You get connected to it. It's because you're a brand and you're going into a space that's usually used either for entertainment or education. But always, most social media platforms usually started out as a place to hang out with friends, right? So, when you, as a brand, go into that space, you have to bring them something and you have to "get connected" to become personal. And for that, you need consistency because you have a brand persona and when people follow you, they follow you because they expect you to bring them some sort of content and some sort of tone. So, that's why brand consistency is there - to empower that relationship between you and your audience. They have to know what to expect from you and you should ensure that your content has the same tone of voice, the same ideas, the same kind of content.

Adam Gower: What are the most important components of brand consistency? When you really boil it down, what lies at the very, very core of a brand?

Miruna Dragomir: Well, it's their, first of all, their persona, who they are, what they represent and what they stand for. If we go into social media specifically, one place that's really important is the content pillars. Because, as a brand, you stand for a few pillars. A few topics that you talk about. You're in real estate. You are in commercial real estate. I mean, I am just going to throw ideas here. Don't judge if they're not accurate. But I don't know - you talk about value for money. You talk about your plans. You talk about why do you think real estate investments are important? These are a few pillars that you can talk about. Or, if you have some sort of niche such as, I don't know, sustainability or eco-friendly buildings or some sort of other niche, then you should stand for that as well. So that's another content pillar. And these pillars translate into what you put out on social media and they should balance themselves out. So, I wouldn't recommend you stick on one topic, and that's it. You say the same thing every day because you're going to lose your audience.

Adam Gower: The idea of content is actually quite new. So, please tell me what is content and why is it important to have it at all?

Miruna Dragomir: Content is there to give value to people. You as a company, you give value to people and you give them more reasons to come to you, besides your product or service. It has multiple purposes, honestly. I mean, I could go ahead and say it's about trust. You give them a reason to trust you because you show you have "know-how" in your space. That's one reason. Another reason is plain acquisition, because content done right brings you customers and leads and prospects and potential investors because, you know, investors search Google, for example. If you have your own website and you provide content there, your investors will, at some point, look for something on Google - some specific searches that are particularly important for investors and you probably know what they are because you know your audience. And so, if you provide content, it has this possibility of plain acquisition, not necessarily only warming up prospects, but I mean, not necessarily once you have them, you give them the trust, but you can bring them in from scratch. And it helps also, and in a more poetic way, it helps "complete your brand" - give it a full shape and form and it gives you the platform to talk about everything that your brand represents other than a logo and a message on the home page. It gives it more color.

Adam Gower: When you talk about content, now, what are the main different types of content? By that I mean, delivery, like video, articles, et cetera, et cetera. So, kind of, just talk about that idea as well.

Miruna Dragomir: Yeah, so they can come in a written form, and that's either long-form articles, which is a blog, it's very frequent. A lot of brands do it. It can also be a longer form written content, which can be white papers or case studies, for example. If you bring on an investor and want to attract others - I mean, I guess you could do a case study with someone who's already bought in and they can, kind of, share their own input on why they chose you and that can serve as a longer form of content. Either written or it can also be video, which gives me the transition to video, which is another way to serve content. And that, again, can take so many channels and platforms. It can help you go on YouTube, it can help you build ads on top of it. Video is usually a bit harder to build, though, it has been made quite democratic, by a lot of technology that's been built in the space. I mean, there are so many "do it yourself" video tools out there now that you could really try them out and test them at least to know if they have the potential to work for you. There's audio, of course, which is what we're doing right now, podcasts, which can again, be distributed in so many shapes and forms and channels. And, there are a lot of other, what we call "marketing collateral" that you can use. Anything that you put out there, as a sort of marketing collateral, starting from your email signature, for example, which is something you can use to promote yourself or what you're doing or your website. There is, again, customer testimonials. There's so many pieces.

Why Companies Get Stuck With Their Social Media Plans

Miruna Dragomir: I mean, we did the study and we split it in three parts, I think: the creation process, the feedback process and the actual publishing process. I mean, the creation took the longest, which I think is normal and natural. You should spend a lot of time in creating the content but the collaboration took a lot more than it should have, and that is the 30 percent. We try to understand why - why do they get stuck in that place? And, it's usually two things that makes them waste time. One is the multitude of places where the communication happens because it's usually not centralized. So then the social media manager or whoever manages the social media gets an email or a phone call, jumps on a quick meeting, a WhatsApp message, a Slack message and then putting all that feedback together and understanding what they have to do. Even if it's from the same person, it's still scattered and you still have to put it all together. That takes a lot of time and then the actual, again, copy pasting, which is one of the things I hate most. Copy pasting, because, as you said, when you have creation and planning in one place and then publishing in another, there's usually no really smart and automated way to integrate those two platforms. And so, you end up copy-pasting the content, downloading and uploading the image, trying to include in that particular spreadsheet all the details that you'd like. And yeah, navigating between all of these tools takes takes a lot of time. 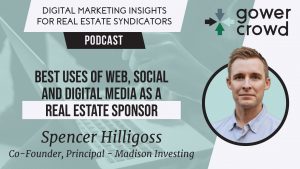