... one of the most influential leaders in commercial real estate today, joined STR in Jan 2006 when the company had one office in Hendersonville with 65 people.  She became president and CEO in 2011 and in that role sets company policy and strategy while overseeing daily operations and implementing initiatives for STR's family of companies: Hotel News Now (HNN), based in Cleveland, Ohio and STR’s international headquarters, in London. She is a member of the boards of directors of the U.S. Travel Association (USTA) and the Hendersonville Chamber of Commerce.  Today STR has 300 employees worldwide, with 170 situated at the corporate headquarters in Hendersonville, Tennessee, an international office headquartered in London, a regional office in Singapore, and, in total, 16 offices in 15 countries... and a network of 57,000 contributing hotels worldwide.  Hardly any wonder they are the most important voice in the industry.

In today's podcast, Amanda explains how the hotel industry is at an all time high, and growing faster than ever, and tells us that historically for hotels, each downturn has been worse than the last…

The STR Report was originally called, and continues to stand for, the “Smith Travel and Accommodation Report”.  It is the aggregation of data voluntarily supplied by hotels to STR that describes how a set of competing hotels ,

the ‘compset’, is performing financially relative to a client hotel.  In short the STR report provides a competitive set benchmarking tool to a hotel operator by comparing it against those other hotels that it sees as being competitive to itself.  Hotels provide their financial results to STR and in return are given market level data at no cost.  Or STR will provide compset data to hotel operators who buy such data.

A Measure Upon Which Bonuses Are Based

The key data points that hotels look at are occupancy and the average daily room rate, but the key metric that drives decisions is what is called ‘Revpar’, or, revenue per available room.  This is calculate by looking at total revenue divided by the total number of available rooms.  The Revpar index is the metric that most hotels use to evaluate their own performance.   Hotel staff meetings are usually planned around the delivery of their STR report and in many hotels the general manager’s bonus is tied to performance against the Revpar index.

Hotel Industry: Never Built Itself Into a Recession

Unique, perhaps, in commercial real estate, the hotel sector has ‘never sent itself into a downturn through overbuilding.’  Any time the sector has had a downturn it has been brought about by external macro-economic factors, and not through building excess supply.  And each time there has been a downturn for hotels, the impact has been more dramatic than the last time.  This is likely due to the continuing improvement in the availability of data in the industry, both on the consumer side and the operator side.  When a consumer wants to book a room, there are countless ways that they can find different rates for that same room.  Similarly, when an operator sees a competitor reducing rates next door, they can adjust their rates almost simultaneously and this can lead to a more rapid and precipitous drop in rates and bookings and consequently in the all important Revpar measure.

After the last downturn, the transient demand for rooms came back quickly, but room rates did not climb as quickly as had been expected.  Hotels  are selling more rooms than ever before in the industry, but there are more rooms to sell than ever before, so the hot topic is the new supply and what will be the impact of that supply as it comes on stream.

In total STR tracks in-construction, final planning, and planning phase pipeline, which are the ‘under contract’ pipeline.  As of June 2017, there are 580,000 rooms under contract, meaning planned to be built… though possibly not all of those will actually end up being built.  Of those that are actually in construction and coming out of the ground, there are 189,000 rooms in America currently actually being built – which is an 18% increase over where the industry was a year earlier in 2016.  In fact, every year for the last five years the industry has seen that growth increase.  The prior peak of under construction in 2007 there were 211,000 rooms under construction – so only about 22,000 off that prior peak of new, under construction rooms.

Of the rooms being built today, and there are lot, the trend is for mainly the upper-mid scale, and upscale rooms ‘chainscale’ with 65% of all rooms in construction in these two segments.  And those are the limited/select service segments, i.e. Courtyard by Marriot, Hampton Inn, Holiday Inn Express… these are not full service hotels; they have no restaurant or room service, and the like.  Possibly because most of the rooms coming on are of the limited service kind, this may be contributing to the slower than expected growth in Revpar despite the increase in number of rooms.

Construction in top 26 markets is showing some very fast growing cities.  Nashville, for example, has 13% of the existing market coming on stream, New York has 14% additional to the existing supply in construction – this compared with only 2% nationwide.  New York has been top of the list for the last three years.  As an operator in New York it has been challenging because so much supply has come into the market – with almost 16,000 additional rooms currently under construction just in New York, which is an additional 14% coming into the market.

So how does this considerable growth in hotel rooms tally with the growth in competitive options like Airbnb and others?  Well, a lot of times those folk coming to stay in an Airbnb room in New York, for example, may simply not have been able to come to the city before and stay in a hotel, so to that extent it is expanding the market for travelers, rather than splitting the market.  Millennials and the so called ‘experience economy’ are boosting demand in ways not before seen, and hotel rooms are being sold at volumes more than ever before.  People are travelling more than ever before – not the group business – but the single traveler traveling either for business or in pursuit of experiences away from home.  And the trend is that people are traveling not just during the traditional summer months, but throughout the year which further broadens demand.

Societal changes are being reflected in the supply coming on of limited service hotels where travelers do not necessarily want a full service restaurant to go sit down in in their hotel, they would rather go out and ‘live like a local’ when they go out. They like having an inviting lobby to sit down in and have drink, with perhaps some light food, but are there to experience the people around them.  They want free wifi included in the room rate that is provided to them, and this is also a reflection of the way that work habits are changing also.  With more employers allowing staff to work from home or remotely, and people becoming more accustomed to working wherever there is free wifi, this has also had an impact on the demand for travel and the kinds of things that such travelers are demanding when they are on the road.  And this trend is being seen in the kinds of hotels that are being built i.e. those that accommodate that kind of traveler.

STR is forecasting slowing growth overall, with a negative occupancy growth rate for the end of 2017 because of all the new supply coming into the market – new supply of 2% but negative occupancy growth as demand catches up with the new room supply.  Revpar is forecast at around 2.5% for 2017, and average daily rate (ADR) being at around 2.2% increase over 2016.  The trend for 2017 and 2018 is that for any kind of Revpar growth, the growth is going to have to come from ADR growth because, although the demand is there, occupancy rates are going to decline because of the new supply.  So this presents an area to watch:  As occupancy rates decline, it is counterintuitive to increase prices in order to maintain the all important Revpar.  That said, there were two periods during the 1990’s where this phenomena was seen i.e. where the industry has seen declining occupancy but increasing ADR.  STR expects that this will be repeated in the current market.

STR is a focusing on shifting from an email delivery system to an online delivery system for the data that they produce, including improvements in intuitive visualizations and presentation of the data for clients.  The company is also expanding even more rapidly around the world.  Currently they have 57,000 hotels that participate in the STR program internationally, with the largest country outside of the US being China that overtook the United Kingdom in that position two years ago.  The Asia focus will continue to grow, as well as a move into South America in 2017/2018. 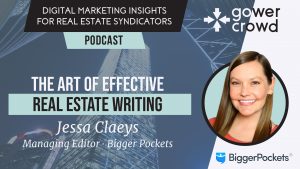 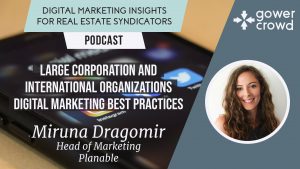