For many years, I was on the faculty at the Wharton School of Business at the University of Pennsylvania, in the real estate, finance, and public policy departments. I did that for 34 years, and was part of creating the real estate program there. I'm still an emeritus member of the faculty, but not in any ongoing day-to-day sense.

I'd say today, 90 percent of what I do in that is commercial-real-estate focused. We also have an investing arm, which has bought some land, and some apartments, and some other things over the years; very boutique-y stuff, off the beaten ... Not off the beaten path, but not buying a giant shopping centers, not buying giant office buildings.

I have my book, which we're in, whatever, I think fifth edition, with Bruce Kirsch, called Real Estate Finance and Investments Risks and Opportunities, which is in use in the industry and in universities. I have a publication called Linneman Letter, which is a quarterly publication we've done for about 18 years. That's done by the same kind of client base I was referring to before - some institutions, some public companies, some private equity, some high wealth, et cetera.

Then, obviously. charitable stuff. I'm involved in a fairly, for me, large effort which supports about 140 children in poverty, and orphanages in rural Kenya. That's me.

There are really two parts to this. One is that ... I'll just take the US, but what I say applies to other economies. If you ask what commercial real estate does, it houses the US economy.  The US economy generally grows 8 1/2 out of 10 years. Therefore, the demand generally grows about 8 1/2 out of 10 years, and a year and a half out of every 10 years, it goes a bit backwards; sometimes deeply, like the last ... Like the financial crisis, and more generally, in a more modest way.

If you say, "But I'm in it for ..." and I'm just going to say the 10 years, the 10 years are basically going to have growth. Yes, you can find little pockets of the country that didn't grow, and yes, you can find segments that didn't fully recover, but you can also find those that more than fully recovered. You're betting, then, on this pattern of growth which has continued to occur.

The other thing you're betting on is supply doesn't go crazy. If you grow 10 percent, the economy grows 10 percent, but you add 100 percent to the real estate stock, that's going to be ... You don't have that much more economy to house.

As long as supply more or less grows at around the same rate as real economic activity, it kind of balances out. You don't do spectacular. It's not like you invented a new drug protocol, or a new technological something. You don't have much chance of a thousand fold your money.

Debt Can Be the Killer

On the other hand, as long as you can be in there, you don't have much chance of losing all your money. It turns out, and when you look at the data, as long as ... Where people get in trouble investing in real estate is two ways. One, they put on a lot of debt and take something that fundamentally is not all that risky, but when you put a lot of debt on it, the equity part gets risky. During that one-and-a-half/two years of down, you lose it. You just lose it.

If you look back, most of the people who got squeezed out of their properties during the various down periods, at least in my life, were right; they just were wrong in their capital structure. That is, they were right, it's a decent building in the long run. They were right that tenants are going to want to be there in the long run, but they weren't able to stick around, and find out they were right because they got foreclosed.

The other mistake that people have made ... I use mistake in that people are making these decisions with their eyes open. Why did they put on the debt? To juice the return, if they're right. The other is they adopt short hold periods. What's a short hold period? Two years, three years, four years. The problem is that what I just said is kind of accurate over a decade, but I don't know which year and a half is going to be the down year. I'd like to think I know, but you don't know which year.

If you go in with 10 years ... We've done a lot of work on 10-year holds, only because it's an easy thing to do. Ten years has a ring to it. You do okay. As I say, it's not like you invent high tech or something, but you do just fine. You do sort of ... Over a decade, even during the bad times, even if you bought at the peak, even if you sold into a period that was down, at the end of your 10-year hold, you're doing 8- to 10-percent annual return, typically; sometimes better, sometimes worse. Very seldom negative.

Why it Works in the Long Run

If you go in with a three-, or four-year hold, you're going to pick up that's sometimes, the time you "want to sell" is the time you either can't sell, or won't sell because it's the down period. You take the risk, but that risk comes at a price.

If you say, "Why does it tend to work in the long run?" It tends to work in the long run, if you think about it ... Just do a very simple cycle. Everything's in balance. Then, the economy goes down; demand falls. That's got to get sloppy, and people get fearful, and that hurts values even more. There was new supply that's finished, because it got started a year, or two earlier, and it finished during that, so it even got sloppier than just the demand fall. Then people panic.

Then, what happens is since it's so sloppy in the market, since values are down, everybody stops construction. It's self-adjusting, because if you don't build anything for three-four years, and after a year or two, growth starts again, the growth fills the empty space, and then gets a little ahead of the no building. Then, eventually, the supply catches up. When you look at it as a decade, it kind of balances out, but not in any window. The supply shutting down is the key, as long as the economy grows.

There are two data sources. One goes back, I believe it's to 1978 ... I'm doing that from memory. The other goes usefully back to about 1992. The first is on institutionally owned data that, or institutionally owned real estate. That reports to the National Council of Real Estate Investment Fiduciaries - NCREIF.

They've been around all these years collecting data. Your pension fund owns this big office building, and voluntarily they report income and values on a pretty regular basis. Is it 100-percent perfect data? No, but it's pretty good, and they take it seriously.

Multifamily probably performed ... It depends how you define better. There's two dimensions of better in this context. What we did was simply look at what the average 10-year-hold annual return was, and, by the way, we did the same exercise ... The second data, then, it's the same exercise, but on publicly traded real estate, and just did the same thing. What if I'd have bought the weighted-average REIT portfolio in '92, and I sold it in 2002; I bought it '93, sold it in 2003. What's there?

There's two dimensions of better that are interesting, or at least interesting to me. One is the average, the average return on these 10-year holds. Multifamily performs a bit better. What's a bit? I'm doing this from memory. I think their average 10-year hold was, I don't know, half a percent higher. By the way, if you do that over 10 years, that's a fair amount of money, getting a half a percent extra a year. I think that's the less-interesting part of doing better, however.

I think the more interesting part is how many times do I do not great? That is, if you think about the distribution of these 10-year returns, do I ... It's one thing to say I get a nine-percent return, but half the time they're negative, or I get an eight-percent return, and they're never negative.

Multifamily performed best in the sense of not being negative in that regard. It's just not as volatile in its occupancy. Think about it, you lose ... Five percent of your residents is a lot to lose. In an office building, you could lose one tenant and the whole building could go empty. You have a big building. It was done by ... There were people who owned ...

Like when Arthur Andersen went out of business, there were people that had Arthur Andersen as the tenant for half to 100 percent of a building, and it suddenly was empty, or some of the banks that went under, or go through that kind of stuff [cross talk]  Multifamily does better in that sense of not as volatile. You just don't have as much downside. 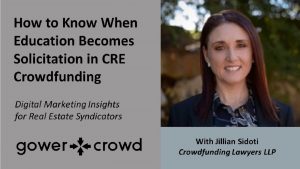 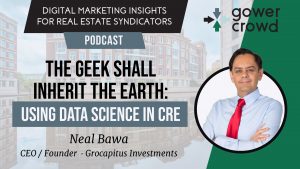 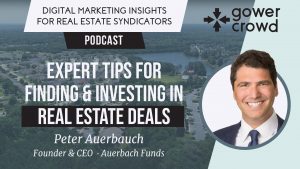