Build your brand and gain loyal followers with digital marketing

For a change this week, I am delighted to introduce you to a deal from the 'other' world of crowdfunding and that most often associated with the term; the world of the non-accredited investor through  WeFunder, a typically non-real estate related marketplace.

My guest today operates a most delightful company that bridges the gap between real estate and small/medium business capital formation. Robert Frisch is raising money on the WeFunder platform for his 'glamping' platform, Firelight Camps.

Learn how sites like WeFunder are different from those commonly associated real estate crowdfunding, and how the approach to capital formation is quite different.

Robert Frisch: So we're selling shares in our operating company, much as a start-up would. Also, our growth plan - we have our second location now under development, in the Catskills mountains of New York, just about two hours from New York City. We're just now starting to circle commitments for that property level investment, as a commercial real estate fund raise would go as well.

So, we'll have an outside pool of investors for that larger property level investment. And that's what initially took us to the crowdfunding real estate world is, hey, we've got to raise a couple million for our second location to close on the property, to buy the dirt and to undergo the actual construction, which is what brought me to the real estate crowdfunding world and we definitely didn't fit in.

We are not a cookie cutter, you know, straight-up commercial real estate project and it's hospitality. So, we weren't obviously, a good fit for that, which is why I then came across WeFunder. But, I don't think there's anything actually precluding a commercial real estate project from going through a platform like WeFunder. But, WeFunder and the more start-up focused platforms are more focused on companies that are selling equity in their brand rather than a project-specific real estate focused project like CrowdStreet.

Marketing With A Multi-Pronged Approach

Robert Frisch: It's shown that companies that already have a dedicated following and a, sort of, a tribe of guests or a tribe of people who already know the company or are customers. That makes probably, the biggest difference. If you're a complete start-up with no product or customers or anything or any visibility already. I think it's a tougher game.

We've been around for a couple of years. We've hosted 35,000 plus people at our site in Ithaca, New York. And, we already have somewhat of a following on Instagram, which is a big channel for us, Facebook as well. So, being able to tap those existing customers, your existing followers, does make a big difference. So, you know, it's a multi-pronged approach for us. It's the Wefunder platform, like I mentioned. We are doing a lot of social media through our existing channels. Instagram probably being the biggest. LinkedIn as well, actually a very interesting one. And and we do things like this, like podcasts and producing content, talking about it.

Marketing To Build A Community Of Followers

Adam Gower: 35,000 people, you told me, have been through your camps now. On day one, you had zero. I want to hear how you marketed. What did you do?

Robert Frisch: Yeah, that's a good question. It was quite a while ago now. But, you know, it's really been luckily the least of our worries getting people in and I'll tell you why. It's because that was in 2014 and "glamping" was barely even a term then. But we immediately struck a chord with people. Back then, it was a big need of people wanting to get outside in a comfortable way. Now more than ever, this is the biggest year glamping has ever had, in the US. So, I think first, it was our friends and family and word of mouth and we had just come out of business school and we had a community of people in upstate New York that just came through. And then, in the very beginning, we were lucky to get some press and because, it was obvious that the experience we were providing struck a chord with people. Right from that very first season that we were lucky enough to into The Wall Street Journal, that very first year. We had some social media influencers come through and stay with us.

Adam Gower: Did you invite them or did they find you?

Robert Frisch: The first year they, sort of, found us and then the second year we did do an influencer-focused campaign where we we brought in influencers and bloggers in the travel and fashion world. And that was a great way for us to, sort of, pepper these location-focused micro influencers and it kind of peppered us through the internet, all at once and that really builds word of mouth quickly.

Building A Brand That Resonates

Adam Gower: What about your website? Right at the beginning, you built your tent. You didn't just build a tent, right? And you didn't just go out to friends and family. You created an online presence as well, presumably, you had a website. You had social channels. You took photographs. Tell me, what did that ecosystem look like again? Right at that very, very, very beginnings.

Robert Frisch: Yeah, so right from the beginning, we knew we wanted to create a brand that resonated widely and we had visions in the beginning of a multi-property company with multiple locations. So, we did think a lot, up-front about what that brand looks like. And, we did work with a marketing firm, right up front, to help us think through our customer profiles. What kind of imagery was going to be on the website, in our digital presence? And, we put a lot of thought into our name and logo and color palette and really birthed the company thoughtfully and intentionally from the very beginning. So, I think in a lot of ways, if you had landed on our website and we immediately got all the social media channels under our FireLight camp's name, that's a big thing you need to consider when you're first trying to name your company, that you can get all the handles that you need that makes sense with your name. So, if you had landed on our website in year one when we just had four little tents, back in the woods, we were a teeny tiny company but our website and our branding and our company spoke to a larger, more professional operation. And I think that does help. People land on our website. That's still the number one avenue for us for bookings. Over 95% of our bookings come direct. And that was because we've had so much word-of-mouth and grown organically, like that. So, we did put a lot of thought and effort into our initial digital presence.

Adam Gower: What kind of content did you produce, right at the very beginning. A nice website. What do we have on it? So, how did you think through that process?

Robert Frisch: Yeah, "glamping" is very photogenic. So, we're lucky in that regard too and we did put a lot of thought and effort into generating great photography and engaging video snippets. Those two things more than anything. And, a lot of those influencers we talked about. We had people come on property and they'd leave behind these incredible photo sets or really well produced little video - minute long video snippets that worked very well on social media and for online presence. And some of those, we still use today. I had an interesting conversation with a boutique hotel owner, a friend who is older and of a different generation and he was talking to me about....

Robert Frisch: An older gentleman and he was asking me what I thought about this company he was going to hire for tens of thousands of dollars to come in and do these slow pan videos of his hotel and do a whole photo set. And, it was very traditional, old school way to think about photo and video and very expensive. And, this whole crew would come in and photograph every room and that same week we had an influencer come in. A friend of a friend. You know, we didn't know them personally, but we allowed them to stay with us for free in mid-week nights and she and her husband shot this one minute video, incredibly well produced, creative and beautiful and she really captured the experience we create there, and left it behind for free. And that video, is still featured on some of our our sites, and it literally cost us a free mid-week room and breakfast. So, that really shows the new way of thinking of how to create great content versus the old way.

Adam Gower: Do you actively create content that is designed specifically to attract organic traffic to your website because videos won't do that. They'll grab people once they're there. You have to have written content. Is that part of your strategy?

Robert Frisch: We do. We haven't done a lot of that but we have a great marketing manager. She's really into all the SEO strategies and she did exactly that. We looked at keyword search terms and come up with combinations that we think are going to grab people and that will ring the Google algorithm and drive people to our site. And, we do have a blog and a lot of those blogs... they have to make sense, obviously. But, our focus on things like that, for instance, one of our highest performing blogs that does drive a lot of people to our site is, how to pack for a glamping trip. And our great, amazing marketing manager noticed that, I think probably, a year and a half ago and saw that was something that was being searched for. Not a lot of content out there at all. Wrote a great little piece on how to pack for a glamping trip. And, I think if you Google it now, we're the first or second result for that and that does drive people to our site. There's other similar things like, how to take your dog camping or where to go glamping with a dog. We did some honeymoon-focused things, which are also, you know, they do provide value to people, obviously, and we host them on our site. So, yes, that is part of it. 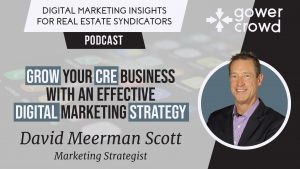 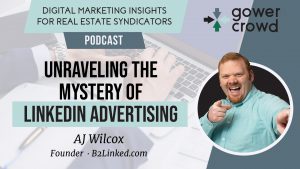 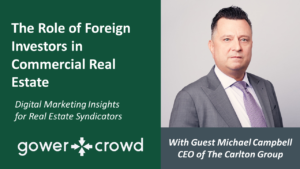