Adam Gower: Perfect. What's the story? Tell me the story of the deal and why you like it.

Dan Drew: Oh, my goodness. So I'm going to do my very best. I'm going to tell you just the short version, okay? The short version is - office is in a very unique place right now given the coronavirus pandemic. So, there are certain types of office that are probably going to really thrive and this happens to be one of those. And so the short story includes - how has this asset performed through the pandemic? Through the past year, in March of 2020, the sponsor ceased making distributions to investors, which is a fairly aggressive thing to do but they had the opportunity to shore up their cash position and then subsequent to that, in the next quarter, they were able to offer discounts or at least rent abatements to some of the existing tenants. So, they gave 5% of the total revenue - they gave rent abatements to, which have now since all expired. The tenants are now all current and, you've got an office and a super high net worth location in Westport, Connecticut, that is commutable from downtown Manhattan. And so, we believe that this is one of the asset thats actually going to really thrive post pandemic. And, we'll get into the reasons why. Do you want to go into -.

Adam Gower: Is it an acquisition?

Dan Drew: They acquired this a year ago and so, this is an existing relationship. They allocated a unit of equity to Eastview Capital that I'm raising for them. And so, it didn't feel fair to me to raise during the pandemic, especially when they weren't making distributions. And so now they're back to making distributions and the property looks better than ever.

Dan Drew: Sure. So, you have the majority of the revenue coming from two credit tenants. One is UBS, one is Ameriprise. You also have a value-add component to this. And the value-add component really relates to the history of the asset and so, I want to give you a quick history and a few physical strengths of this particular deal. They bought this property a year ago. In 2014, the last major tenant to sign a lease at this property was Regus, which is a co-working tenant, which is also a very interesting thing that we can talk about but it does have relevance to this particular property. They signed at about thirty two dollars a square foot in March of 2014. Marcus Partners created a new fund, bought this property in October of 19, about five months after Regus signed their lease. They spent five million dollars and took this thing from a Class C to a Class A and it turned out amazing. And so, in less than a year, they had UBS sign a new lease for 11 years at forty seven dollars a square foot. So boom - big pop. A month after that, Ameriprise signs another lease. Forty seven dollars a square foot - boom. So, with those two tenants, their business plan, their fundamental business plan, in less than a year had effectively been verified. Now, they still had some time for all the old leases to burn off, specifically Regus. And so, there's one other major tenant in the building. It's called Berkowitz. They're a law firm. They provide corporate litigation services as well as venture capital and entrepreneurial type of legal services which is relevant to the surrounding community. So the upside - the value-add component to this is, Regus' lease expires in 2 years and so their thirty-one dollars a square foot, might go to forty-seven. The Pro-forma conservatively estimates about forty dollars a square foot. Same with Berkowitz. They're about thirty-three dollars a square foot. Bump them to forty and so now, you have a significant jump in NOI between 2023 and 2025. In its legacy  value-add Marcus Partners created, they didn't have a chance to realize. The obvious question is, why did Marcus Partners sell? And the reason is, in 2014, 8-10 Wright was the first acquisition for their new fund. In 2019, they had allocated all their money for that fund and they needed to raise something new and they needed to show some gains. Since this was the first one, this was the first one in, this was the first one out. And so they sold. And, the sponsors here, Waterway Capital, were able to pick up that legacy value-add component without having the new, like the development risk, the lease-up risk and all of that. All that was off the table. So, that's sort of the "secret sauce" to this one - is that legacy value-add that the original redeveloper or the original opportunistic investor created. So, that's the short version. I want to tell you briefly about some of the physical strengths of this particular asset. This thing is on a hill. And so, its in Westport, Connecticut. It's a very cool little town. It is commutable to Manhattan. You can take the train. There's multiple highways. But because it's on the hill and it has this water view, no other - it has a water view that no other building has. And so, a lot of the competitors, especially Class A competitors, market the fact that they are right on the water, right on the river, which is nice. That river also has a history of not doing so well during negative weather events, let's call it. And so, the very bottom of this building on the hill of 8-10 Wright is 16 feet above sea level. So, you've got an inherent protection here that although it doesn't necessarily come up in typical conversation, it's something that you don't often think about - long term, it's a significant value-add. So, the other interesting component about this is that, because it's on a hill, it has underground parking and no other building in Westport has underground parking. And so, UBS, its wealth advisory, Ameriprise - wealth advisory. You've got some lawyers. You've got some investment funds in there. The type of tenant, the type of client that these tenants are trying to attract, the underground parking is a real important, sort of, competitive advantage. Having a Class A office space, that's a little bit nicer than everything else in the submarket is a really important competitive advantage. When you're doing wealth advisory, although a lot of it - I think that everyone will acknowledge that the wealth advisory business is going through some changes, including access to private placement offerings like this, that Eastview Capital is doing - that face-to-face interaction still remains an important part of their business. And so -

Adam Gower: Number 23 out of 100 wealthiest towns in America.

Adam Gower: Which is important. Plus, don't forget the zoning. No one can build -.

Dan Drew: So... very, very sort of like, "moatish" type of thing. And by moat, I mean M-O-A-T, like just, there's just a protective component to this and I think that you can make that argument and blow some holes in it but the reality is, is that given the performance of the pandemic, this thing is now current. It's now generating six to seven percent current yields. Past performance is no guarantee of future performance, but boy, this thing really did well through the pandemic.

Adam Gower: Alright perfect. So, that leads me to the final question. Again, what's in it for investors? What's the minimum investment?

Dan Drew: Minimum investment is $5,000. There's quarterly distributions. The senior debt matures at the end of 2026. So, it's a five year investment horizon, maybe a little bit longer, and it's a 14 IRR and that assumes - the 14 IRR assumes that there's tenant improvement - assumes UBS does not renew. There's a million dollars in tenant improvements. So that 14 IRR is a base case, very conservative assumption. And also, these rollovers, these tenants are probably going to go higher than forty-seven dollars a square foot. The last thing I'll mention is that - what's happening in the office market here in Manhattan is, it's not necessarily super exciting for investors because the prices don't reflect the change in income. What is interesting is that there is no doubt that, sort of the, "ascendant office use" is something that's close to home and caters to the executives and this asset does exactly that. So, that's 8-10 Wright Street.

More information about this deal:

* [From the sponsor] Investments in private placements are highly speculative and involve a high degree of risk, including the potential loss of all or part of an investment. Investors should carefully consider all risks and consult with a personal legal, tax, and financial advisor about an investment. Risks include changes in capital markets and the economy, inflation, and the availability and cost of credit, among many others. These are illiquid investments - due to a variety of restrictions of transferability, including restrictions imposed by federal securities laws, an investor may be required to retain an investment indefinitely. Offering materials may contain forward-looking statements, which should not be regarded as a representation or guarantee by the Issuer or any other person that the objective will be achieved. 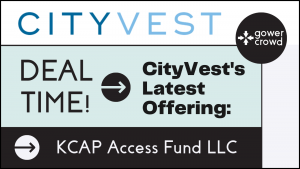 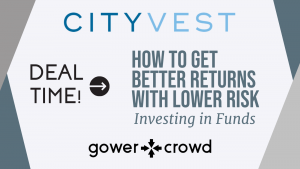 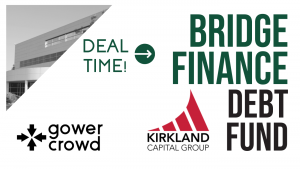