Adam Gower: Dan Drew, Eastview Capital. We are now going to be talking about Park Central Luxury Townhomes. Tell me about it. What's the deal?

Dan Drew: This is a multifamily asset in Phoenix, Arizona. And Phoenix right now is among the top markets in the United States. It's just a hot market. So it is a new construction product that this particular sponsor acquired December 2020 and they're in the process of leasing it up now and that's sort of the fundamental value-add component here. The developer of this deal initially intended to build townhomes for individual sale. And given the immediate surrounding use, that was certainly a credible strategy. What's happened in Phoenix over the past couple of years is that the multifamily market has gotten so strong, is that he ultimately decided, let's just make these rentals. Now, the only reason that that's really relevant right now is that, when it comes time to sell this, as an exit, a potential buyer can come in and convert this from a rental to for sale product, which is just a really, really nice exit option. So an interesting story where the background of the project comes up with respect to the future of it. So, it's an infill location. I'll go through the questions because I have them here or you can ask them.

Adam Gower: Let me ask them - let me ask them. Because then you know, I need to star in my own show at least a minute or two, right?

Adam Gower: I'm just - I'm kidding you. But then I can at least jot notes down. Right. So actually, tell me a couple of things. Size, number of units, square foot. Kind of, give me some, kind of big picture. What is this thing?

Dan Drew: So it's 56 units. They're all townhome units. They all have their own attached garage and it's 1,400 square feet which, for a rental, is a big massive rental - happens to be very pandemic friendly. It also happens to be -  the Phoenix is a car town. So having two-car attached garage. These are amenities that are particularly relevant to what's happening right now.

Adam Gower: And they're all duplexes, aren't they?

Adam Gower: And I'll tell you something. Duplexes are amazing for resale. If you sell a duplex - because you buy the whole thing, live in one, rent the other out. They pay your mortgage. It's a great exit when you get that.

Adam Gower: So can you tell me more about the story? Why do you like the deal?

Dan Drew: We like this particular deal for a couple of reasons. But, the main reason is that the value here is really compelling for Phoenix on a cap rate and NOI basis. So, the cap rate that we relied on, or that the appraiser relied on, is five and a quarter percent. The average Cap Rate for new acquisitions in Phoenix is now, well under five, closer to four and a half percent. So, from a value perspective, we love it. And, the other unique thing about this particular deal is that it's a preferred position. It is utterly and entirely preferred. So the sponsor is taking all the upside risk and all the downside risk. So, we structured it with a seven percent current pay. Effectively that's all the cash that this generates from now until they need to sell this or refinance it - all that goes to preferred investors. And at the end of the day, their upside is capped at a twelve percent annual APR. But in exchange for that, the sponsor takes all the downside risk. And so, if the forecasts don't come out the way that the sponsor forecast, they eat that loss or they also get to enjoy the upside. So, that's what's kind of unique about this deal.

Adam Gower: Right. And that is the point, isn't it? Let me just clarify that. So it's a 7% current pay on the PREF with a 5% accrued, isn't that?

Adam Gower: That's how you got it structured. Right. So that's very interesting. If the rents go higher earlier than expected as they lease this thing out, will that current pay increase accordingly?

Dan Drew: So, no. So it's fixed at 7% and we want to give the sponsor as much incentive as possible to create as much value as quickly as possible. And so, they certainly have the right to make advanced accrued payments but our expectation is that the quarterly distributions will remain fixed at 7%.

Dan Drew: Five thousand dollars. We'd like to keep it as low as we can.

Adam Gower: OK. And it is a preferred equity position, right? So - 7% yield plus 5 accrued capped.

Adam Gower: And so, the IRR is the same, there's no IRR.

Dan Drew: The IRR is exactly 12%. The Equity Multiple is 1.32. This is a fairly straightforward - when it comes to doing the math, it's really simple. When it comes to understanding the concepts, it's sometimes a little bit more sophisticated.

Dan Drew: So, this is a three-year senior debt. And so, there is a fairly firm deadline here to refinance this - three years from December of last year. So, it's probably going to be about two and a half years. It's relatively short-term.

Adam Gower: And the business plan - exactly, what's the plan for this thing?

Dan Drew: So, Next Wave Residential is the sponsor and they have acquired about 25 properties over the past five years. They've already sold 15 of those 25 and their average, sort of, value-add strategy is only 19 months. So, they're fairly aggressive when it comes to finding assets to acquire and they limit this to three metro areas. It's generally, that little band, right there on the West Coast - Salt Lake City, and then down through Phoenix. I lost my train of thought.

Adam Gower: That's all right. What's the exit plan? So the exit plan for investors is a re-fi, or a sale, or?

Dan Drew: So the option remains open. It's at the sponsor's discretion. They could re-fi this and more than likely at an 80 percent loan-to-value. They could repay the majority of the five and a half million dollar preferred equity investment. They'd have to come out-of-pocket a little bit to fully repay that. But so, they could also sell it and in the event that they sell, given where cap rates are right now, they'd have a massive upside where they could continue to go after other deals.

Adam Gower: And how much are you raising in this deal from private investors?

Adam Gower: Oh interesting. OK. And when can investors first expect to - if somebody invested today, when would they see their first dividend check?

Adam Gower: Fantastic. Alright. So that's actually everything I've got here. Is there anything else you want to tell me about this?

Dan Drew: Thank you Dr. Gower. Thanks for having me. I appreciate it.

More information about this deal: 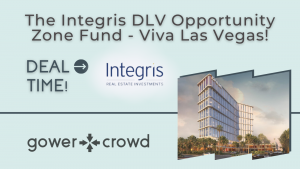 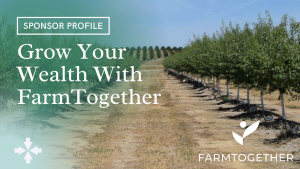 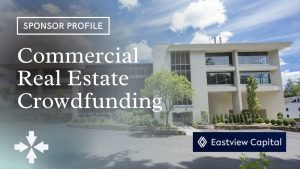