Today’s guest is a very special fellow. Bond Halbert is the son of Gary C. Halbert, one of the greatest copywriters of all time. In the run up to the 2020 presidential election, I decided to switch off all sources of news and instead, I bought and began to study every single book that I could find on digital marketing as well as the history of direct marketing.

One of the books I ended up reading multiple times is called The Boron Letters by Gary C. Halbert and it features a series of letters written by Gary to his son Bond. These brilliant correspondences opened my eyes to an entirely new way of communicating in marketing and sales.

So I was thrilled - and you will be too - when Bond Halbert, who now updates The Boron Letters, agreed to come on the show and talk about copywriting, the digital age, and much more.

Related Article: How to write real estate content that gets read.

ADAM GOWER: What are the skills that makes for a great copywriter that can produce copy that really does sell.

BOND HALBERT: He was actually both, because if you look at his newsletter, half of them were content without asking for anything, right? So what he was doing was he was building up his brand. He was getting you to know, like and trust him with stories and stuff like that. That's why content and direct response can go well together. While I'm working on the direct response piece for, let's say, your health newsletter, you can be actually spreading information and making sure that these people know that the fish oil supplements are a really important thing to a part of your routine. Well, I'm going to come in and close them with hey, here's a fish oil supplement that beats all the other fish oil supplements. So, I'm the direct response copyrighter. You're the content copywriter. You're helping me keep that audience warm and excited about what I'm going to sell. So, for this conversation, I'm going to stick with direct response copywriting alone, because the image copywriter is, you know, great at selling the clients, okay, because they don't have to really sell anything more than that. The content copywriters need to be, kind of, clever and funny and fun to listen to and informative and things like that. The direct response copywriters have to be super persuasive.

How Old is the Copywriting Skill?

ADAM GOWER: How old is this skill? This goes back to your father, doesn't it? Before him, the idea of copyrighting and direct response mail, for example.

BOND HALBERT: So getting first to your question of how far back it goes. We argue about that to this day.

BOND HALBERT: There are still things that people were buying out of a catalog. They'd order and then it would be shipped via the railroad from back east before 1900s easily. So, it goes back way far. And everybody, you know, a lot of people will go and argue about, you're asking for a response to join a church. So you're taking this as far back as religion. So the answer to that is nobody knows. The earliest master of direct response copy and I'm not a historian. I'm not the best person to ask, is probably Robert Collier.

ADAM GOWER: Right. That's who I was thinking of, Robert Collier. Early 1900s. Basically over a hundred years ago.

ADAM GOWER: What's the quickest way to becoming a great copywriter? What hacks are there?

BOND HALBERT: Ok. Well, that's a big, long one. I actually have a document where I wrote this and it started becoming super long. There's lots of multiple paths to get there. So, you take somebody who's actually got great salesmanship skill, right. And you teach them to be confident and they learn to write. They will usually do a better job than somebody who's a creative, has a master's degree in English and you try to turn them into a sales copywriter. They've mastered salesmanship first. And so, it's easier to turn them into a copywriter than to take somebody who's a creative, great content writer and turn them into a great direct response sales copywriter. So that's one thing. Another thing is, you have to get on and you have to start writing copy. And, there are methods and things that you can do to help speed this along but the nothing's going to be faster than actually getting real world experience.

The 80/20 Rule in Copywriting and Why It’s Important

BOND HALBERT: Well, the 80/20 rule, and I don't really, ever really pay very much attention to this because it's an old school rule that said that 80 percent of your money comes from 20 percent of your readers, or of your buyers. And that's true. 20 percent of your people are people who will continue to re-buy from you. They will spend more money with you. They'll buy everything you've got and stuff like that. That is true. But the point is, you're still sending the message out to one hundred people anyway, right? But the good part about the 80/20 rule is, this is just generally good practice. When you survey people and what they want, the people who spend money with you, their opinions matter a lot more than the people who were just on your list to get some free information. Right? So, and then the people who spent 20 dollars with you and then ended up buying a two hundred dollar recurring thing, their opinion matters more to you than the other group. So, you're still surveying the whole thing, but you end up trying to pay more attention to what the 20 percent care about than the 80 percent.

ADAM GOWER: What exactly is copyrighting?

BOND HALBERT: Let me explain what copywriting is in three different ways. Copywriting in general just means that the words you use to address potential customers. There are now what you would call image copywriters, content copywriters and direct response copywriters. The image copywriter, that is your Madison Avenue, typical copywriter so when you see somebody that says, you know, what's in your wallet, on a commercial, on the television, that is image. The words are copy, but that's an image copywriter. They're not asking you for a sale. They're not educating you or doing very much in that way. Content copywriters are the people who fill your blogs, write articles for you and you can hire them. Content copywriters, what they'll do is, somebody will say, hey listen, I need three articles and four emails and I want it to be on this subject. I want you to give me five, ten thousand word or a thousand word articles on the subject of copywriting or the subject of pet care. Then, what you have is the direct response copywriter and the direct response copywriter is the one that actually writes and gets you to buy something. To take an action, to get a response so you can measure how effective it is.

Who Said Gun to the Head Marketing Works?

ADAM GOWER: There's one expression, that I know that you've used, your father used. Tell me, what is gun to the head marketing mentality? What is that?

BOND HALBERT: So what he would do is, he said, I sat down and I imagine that somebody had a gun to my head and they were going to pull the trigger if I did not make this sale. What would I do differently? Now, the truth is, my father always went even further than that. So, when he was talking to me personally, he would say, you know what, Bond, now I've got to ask you a question. If somebody was holding a gun to your daughter's head, I'm going to pull the trigger, if you were right or wrong, which would you choose?

A Letter that Took 18 Months to Write and Perfect

ADAM GOWER: But just for my audience who don't know. That letter, that your father wrote, that great letter. Just ever so briefly, tell me the economics. It was six hundred million were sent out. Forty million made. It was in the 70's. Just so we know what we're really talking about.

BOND HALBERT: It went out first in 1971. What this is a, probably 9 x 17 report of your family name that described your family's name and history in the United States. So what my dad did was he found out. He read in an article, in the paper, that talked about this little lady that would go to the library, for like four bucks, she would research your family name and then maybe sketch your coat of arms. This is back in 1971 when this took off. And he started this entire coat of arms industry. What he would do is he  wrote this letter and the letter basically said, from my mother, hey, I was doing some research on your family coat of arms or your family history, and stuff like that. For somebody who happens to have the same name as you. By the way, so I can produce a copy of this, pretty inexpensively. But we had these printed up and they look great. They're suitable for framing and you can, you know, post it and a lot of people have pride in this and everything else. So, what they were really selling was, bragging rights and family pride and an interesting talking piece for you to have in your home. The original letter, after it was polished and he took about 18 months of perfecting and making that letter better. It went from selling in 1971 until the late 80's. They were still mailing pieces, that exact same letter. And, it went to over six hundred million households in the US, and abroad. And the company eventually, my dad sold it to his partner, early. And then, I heard that the last time that it sold, it sold for ninety million dollars. This is all generated and built upon one letter and it was a 271-word letter, one single-page letter.

ADAM GOWER: That was incredible. But you know, you just said something very important there. He didn't just write down and write the letter. He spent 18 months perfecting the language.

BOND HALBERT: Every word was tested, every word. 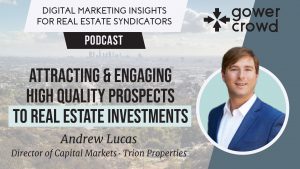 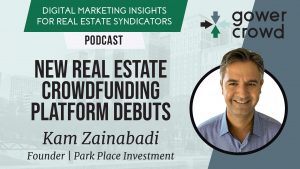