How to Invest in Real Estate and Get a Fintech Kicker 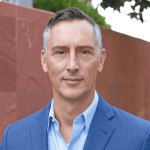 One of the benefits of investing in real estate through crowdfunding is that you can diversify a portfolio otherwise heavy in stocks and bonds but in today’s episode you’re going to learn how to get the best of both worlds by investing in real estate through a crowdfunding platform – and getting an ownership share of the platform at the same time.

My guest today Aaron Halfacre, CEO of the crowdfunding platform Modiv and what you’ll hear from him today is that by investing in real estate through Modiv,  you also get an ownership share in the company itself. With the possibility that some day they may go public, that means you’re getting both real estate returns and the prospect of a kicker from the sale of the company itself.

A Fintech Evolution is Taking Place in the Crowdfunding Industry

ADAM GOWER: So if I invest in the Modiv fund, if I buy some shares in Modiv.

ADAM GOWER: I'm getting, not only benefit from the real estate that you acquired, but also a share of the business itself, Modiv itself.

AARON HALFACRE: Absolutely. 100% of that business. And I think what's unique about that is, as you and I both know, we see an evolution happening in crowdfunding. Right? We've seen the volumes pick up. You know, we've had great overall industry success as more and more people leave the broker-dealer community to buy their real estate and they're getting it more in, sort of the, crowdfunded direct consumer model. And so I think you could draw a lot of parallels to the discount brokerage or mutual fund businesses of the 80's. Right? So we had a lot of discount brokerages, which are kind of like the syndicator models. And then you have a, you know, a lot of mutual fund companies. And they started to merge their models and they started to consolidate and then obviously some of them listed and they became scale. Right? And I think we'll see scale and consolidation and probably public listings in the crowdfunding space. And if you believe in that trend, Modiv has ability to participate in that. Either we continue to be a consolidator and do M&A like we have or because we're already packaged in one nice package, that we could be consumed as well. Right? And so, or we could list. In fact, you know, we're already publicly filing. We do Qs and Ks. For us to pull the trigger and to be a listed entity would be pretty easy to do. And, you know, we have vision to do that maybe sometime in the next 18 to 24 months.

Valuation of a Fintech in Real Estate

ADAM GOWER: How does somebody then value? If you're looking for an exit, which presumably - the implication is that that is what you're doing and that you're, you know, pitching to investors, that that's an exit, that's a possible exit for them as well.

ADAM GOWER: How does somebody value the company if it is completely tied up in the value of the real estate as well? If they aren't separated, how do you get that "unicorn-type", you know, 100X of NOI or whatever it is. We think the most likely way to get that realization is through a listing event. Right?

So if you think about the natural path of tech-enabled stocks, is that they eventually list and that's when they get their biggest multiple. Right? So they raise early rounds and then once they've hit - you know, think of Uber or think of Airbnb, then they list and they've manifest the value and there's more people who can participate and believe in that value chain. Right? Because Cushman & Wakefield, which is a real estate appraisal business, its just evaluating the real estate. They don't care about that. It just sits on the books from an accounting perspective. How do you get that realized?

Well of course, you could bifurcate it and sell it off and get a valuation. Right? You could come up with your own arm's length evaluation. But that, you know, how do you really know what that's worth? Right? Because unfortunately, in the tech business, it's usually only - the worth is really measured by supply and demand. Right? And how do you best measure supply and demand is make sure that has a wide audience. And so we think the listing event would probably be the one - the catalyst, allow the the fintech value to be extracted or to be realized.

Invest in Real Estate and Become a Shareholder too

ADAM GOWER: So forgive me if I'm sounding like I'm asking the same question again, but why did you structure it that way? It is two definitely, two clearly separate messages that you've got to educate people on fintech and the VC model and exits with IPOs or sales, etc on the one hand and on the other hand, you've also got to educate people about real estate and educating people about real estate is no easy task, especially a Reg-A audience. So what was the logic behind..

AARON HALFACRE: Yeah. So the logic is, we are a company. So when you're buying us, you're buying shares in a company. You're not just buying a product. You're not buying just one of the many products that we're perveying for the month. You're buying a fully encapsulated company that has a full leadership team and a growth trajectory. So, you are buying exposure to  real estate, but you're buying the attributes of this company. Right? So I liken the fact, like, if you think about - you're making an investment in real estate, you're getting dividends. That's your utility. Right? So, if I buy an iPhone. My utility is the iPhone. I get to use it. The way we're combined, it's as if you're buying the iPhone and you're getting a share of Apple. Right? Or, if I were to buy a Tesla and I get the utility out of the car but I'm also getting a share of Tesla. Right? Because you actually own the business, in addition to the utility. And so, the utility you get is, you get income. You get the diversification of that real estate. You get the income, and you can even compliment your stocks and your bonds and your other real estate investments or alternatives. But the benefit is, you also get a share of Modiv's. You get the growth of that company. So if Apple or Tesla, at the early days grew. I'm not saying we're Apple or Tesla, but that's the equivalency. You have utility and you also have the value of the  enterprise. And normally all you get is the utility. All you get is the value of the real estate and you don't get the enterprise value.

AARON HALFACRE: No, I don't mind.

ADAM GOWER: For the industry,

AARON HALFACRE: I don't mind, but I just don't think specific numbers are good. So, look, I've actually spoken this at a couple events recently, have some slides out. The parallels to - so, if you go back to May 1st of 1975, which was the May Day Act. That's when stock commissions were deregulated. I liken the May 1st, 1975, regulation to very much the JOBS Act. It created a new regulatory environment, right?

So, if you think about asset crowdfunding as we know it, the Reg A, Reg D and the Reg CF, all manifests out of JOBS Act. Obviously, crowdfunding existed before that, but it was sort of the the "rewards based" version. May 1st, right after May 1st, 1975, Charles Schwab started Charles Schwab and at the same time, Merrill Lynch raised its commissions. So, it got deregulated and it increased its commissions and Schwab reduced them.

If you go from the late 70s to the late 80s, you saw a plethora of companies Scottrade. Brown and Co., you know, Ameritrade, E-Trade, Trade Plus, Interactive Brokers. A bunch of different shops popped up offering discounted brokerage, using technology, providing better access to share purchases to investors, including non-accredited investors, right?

So, a very similar parallel about a plethora of low barriers to entry. A lot of companies started and then what did you see? You saw consolidation and then public listings and then even more consolidation. So now you really have a handful of them. On the other side of the business, John Bogle of the Vanguard Company launched a no load mutual fund in 1978. No-load mutual funds had already existed, but no one touched them. So they moved to a no-load mutual fund. And if you go back in time and look at the pundits, they'll say that this is going to kill the mutual fund business because you need a front-end loaded vehicle.

Have a good linkage with the public and become an alternative real estate brand. That a Schwab or a Blackstone or a Vanguard or Seabury might say, well, that's easier than me trying to do it by scratch. I'll go in and I'll consolidate the space and now I'll have stocks and bonds and real estate to offer my investors. I think that's where we're headed.

If You Are Investing Online You Should Do This

ADAM GOWER: What is the most important thing someone investing in real estate online should keep in mind for the first time? They're investing online.

AARON HALFACRE: I think the most important thing is you need to read the details. I think you can understand the concept of what you're investing in. You can see the pictures of the real estate, but you really need to read your documents. Or you need to have that shop really be able to explain what's in those documents if you don't feel like reading them. You should know what the fees are.

You should know what the governance models are. You should know what you're getting into, because those details in those documents are what's going to decide the outcome of your investment, more so than a lot of other factors. So I think the first thing is be educated, be informed.

You know, if it's a publicly filed - if it's a Reg A, it's publicly filed. That's a good measure, an increased measure. If it's a Reg D, it's not. Obviously, it's a Reg D. You're an accredited investor. You should be sophisticated enough to do it, but not all of them are, to be honest. A lot of them don't read. So I would say read your documents. 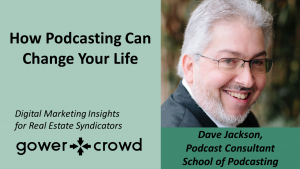 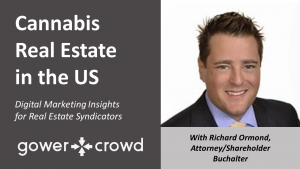 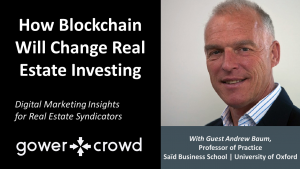