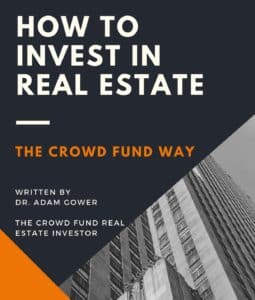 What was originally intended as a boost for small businesses, has turned into a massive revolution in real estate.

The whole thing started with the JOBS Act of 2012.

JOBS Act stands for 'Jumpstart Our Business Startups' and when it was passed the idea was to provide finance for small and medium sized companies.

But what it did was to allow real estate development companies to advertise their deals for the first time in nearly 80 years.

And although they and their investors got rich over the years, it meant that ordinary Americans were cut out of some of the most valuable real estate deals in the country.

I've put together an e-Book for you that explains how all this came about and how you can make money in real estate syndications through investing in crowdfunded deals.

It's totally FREE and I've included some tips to watch for when you start looking at deals.

If that sounds interesting to you, go here and I'll send you the e-Book right away.