Using Twitter to Expand Your Network and Engage Investors

This course will show you how to create an irresistible drumbeat of high value information to attract prospects, bring them into your network, convert them into high-dollar investors, and to do-it all on Twitter.

That if the President of the United States can run the country on Twitter, you can raise a few dollars using the same techniques!

Here’s what you are getting in this course:

1. Setting Up Your Profile

A guided tour of best practices for opening an account and for setting up your profile that includes both an explanatory introduction as well as an onscreen walkthrough so you can follow along and build your own profile as though I was sitting at your computer with you.

How to create a ‘pinned tweet’ that introduces you to anybody that comes to see your Twitter profile said that you can get the strongest points of your value proposition out there in the shortest period of time right at the moment of first contact with a prospect. You can think of the pinned Tweet as your virtual handshake and you’re going to see exactly how to put that together with a free template that you can adapt to your unique message.

You’re going to learn how to create a short video that you can use for your pinned tweet if you want to, and I’ll show you exactly how to get that produced either by hiring somebody super-inexpensively, or will have to actually produce it yourself for next to nothing, really easily.

Once you’ve learned how to build your profile, you’re going to move on to tweeting best practices – this is the really fun stuff. You’re going to learn all about hashtags and how to use them, how to interact with tweets, and what kind of content should be putting out. Again you’re going to be getting a slide presentation that shows you the basics, and an onscreen walkthrough with me personally guiding you through the whole process.

4. How to Build Your Audience

You are going to learn how to build your audience by creating lists, following people, and by secretly spying in the nicest possible way on your competition so that you can identify the ideal people to connect with on Twitter.

You are also getting the insider’s guide to growth hacking your Twitter account, so you can build your presence, visibility and network quickly and efficiently.+

This entire course is structured so that you get a solid introduction followed by actual on-screen live demos so you can build your own Twitter account in real time as you progress. You even get a downloadable video script that you can use to create a pinned Tweet, that is fully optimized to include the most important information in this short amount of time that Twitter allows you to do that.

The beauty of using Twitter, just as with or other social media, is that once you have it sets up you can set everything to automatically run without you, so you can get on with finding deals and building real estate! 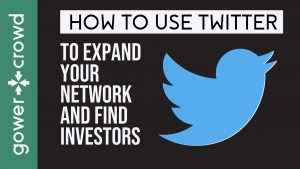 This course will show you how to create an irresistible drumbeat of high value information to attract prospects, bring them into your network, convert them into high-dollar investors, and to do-it all on Twitter.